I’m still trying to wrap my head around this news and the significance Bourdain has had on me — a guy I never knew.

First, if you are in what feels like hopeless pain, deep despair — you’re not alone. I personally know what it’s like to have lived there. A couple Sundays ago, a member of our church shared about how God saved him from suicide through faith and his community. I beg of you to reach out.

About Anthony Bourdain: I remember coming upon him as I was becoming fascinated with restaurant cooking. I was becoming a “foodie” (I term I now regret). I cooked daily for my family, regularly for friends. And during my darker moments, I dreamed of quitting it all to become a chef. Sometimes I still do. Bourdain’s “Kitchen Confidential” was my first tour book into the underbelly of the restaurant world: a world that wasn’t glamorous, where chefs were more like pirates than captains, where the best chefs were actually Latin American & N. African. And where we cooks knew how to switch between serving BS to the elites or demanding customer — while enjoying the truly good (often comfort) food himself and with his fellow shipmates. A favorite story is how he blew his culinary school teachers away with his “model consomme” — when in fact he just slipped in bunch of beef powder.

Along came his seminal show, “A Cook’s Tour”, the first cooking/travel show I know of that began with a parental warning about explicit content. He showed us not only the best food in the world, but food that I WOULD EAT. But he also resisted reducing people down merely to their food, something TV personalities often do, as if these foreign peoples were exotic animals, and their food alone was some tiny token of their true essence. Later when he moved on to “No Reservations”, I remember vividly his episode in Beirut that was interrupted by, well, armed conflict. He did not spare us the beauty of Lebanon nor the frightful reality of living underneath hellfire. Bourdain cared about food, but he was a lover of the world and the people who inhabited it. To be honest, I didn’t enjoy his more recent stuff. Sometimes it felt like even he knew he was playing into a caricature of himself, satisfying the very foodies he’s always despised. Except when he would mess with Eric Ripert. He delighted in taking his 3 Michelin star friend into the ghettos of the world forcing him eat weird stuff. I ate that stuff up.

Bourdain was no saint. He had a biting words for celebrity chefs. Sometimes I think he veered toward the unkind, esp for the Rachel Rays, Tyler Florences & Guy Fieris of the world. He also had personal life stuff that simply raised eyebrows. But he’s a distant celebrity, not some close friend. I only knew 1% of the story.

But perhaps the greatest impact he had, and I’m embarrassed to admit this, but he was the first universally respected white chef/foodie to unapologetically say that the best food in the world is in Asia. I know that as a Chinese guy, I should not need the white validation. But growing up in a food culture where even most of my Asian American friends were climbing over themselves for the next culinary peak — which were almost always French, Continental, or “fusion” — here was a respected white guy, hovering over a bowl of noodles in China or Vietnam and simply saying THIS is the best food that can be found on the planet. Not trying to make that bowl of noodles into some commentary on Asian culture, not comparing it to some European equivalent, but saying: Damn, it just doesn’t get better than this. Asian food doesn’t have to become “fusion” to be good. It’s already good. You just have to eat the real stuff. I’ve always believed that. My family & friends have always believed that. But it felt so good to hear him say it, not only with his words, but with his joy. 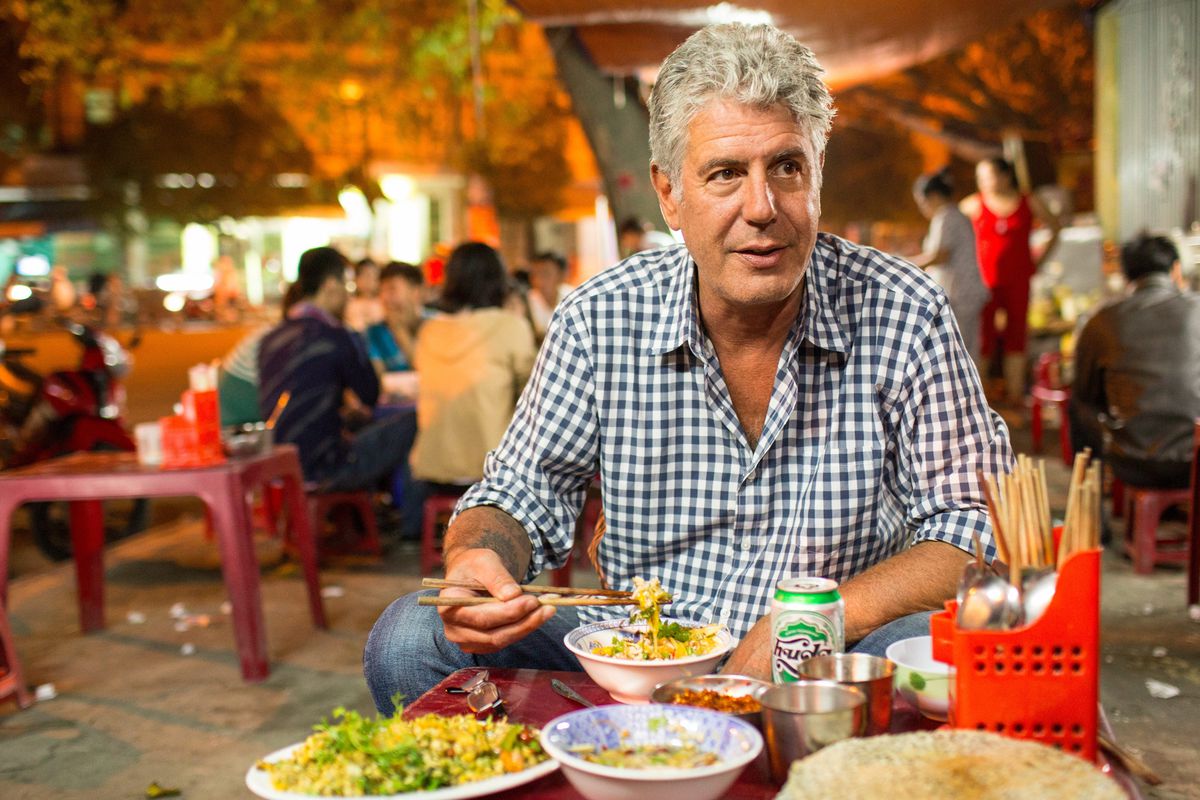