I’ll admit that race & ethnicity is something that I’ve only thought superficially about.

This might be surprising considering that I was born and raised in a rather diverse neighborhood; my playground friends were Filipino, Chinese, White, Hapa, Indian, Vietnamese, and Japanese (for some reason never became friends with my Latino & Black classmates).  There was racism growing up, but there was also just friendship.  This might also be surprising since I am a son of Chinese immigrant parents.  Which meant that I led a dual life — outside the home:  an assimilated American life (albeit hodge-podge); inside the home:  a HK/Toisan family life.  Sometimes the transitions were seamless; sometimes it was awkward and embarrassing.  And lastly, because I pastor a predominantly Asian American congregation — and I also teach Christian ethics.

I can spend a whole post analyzing why this has been the case.  But it’s enough to say that over the past few years, I’ve been experiencing a shift.  A shift as a Chinese American within this world.  Within the broader circle of the American Church.  And shifts – that I attribute to God’s Spirit and the prompting from friends – within my heart.  My reading of this now classic book is part of catching up to this shift. 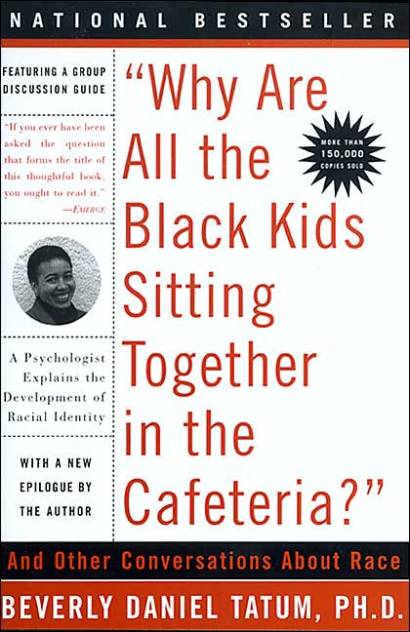 Beverly Tatum, the author (and a psychologist & professor), begins with the provocative title:  Why Are All the Black Kids Sitting Together in the Cafeteria?  I remember when I first saw this title, I was reminded of a recent time when I was talking with a fellow believer who is White – she not so subtly criticized our church:  Why aren’t you guys more multi-ethnic?  Why do Asians always stick together?  And that question both incensed me, but also made me wonder as well.  It is an honest question.

In the opening chapter, Tatum begins with a question one of her White students once asked her:  “Oh, is there still racism?”  She was startled by the naïveté.  But at the same time, it made her recognize that conversations about race and racial identity cannot begin unless we are able to ask honest questions.  Whites can often feel afraid or defensive.  Peoples of color (her term) can often feel angry, helpless, or also afraid.  So honesty is crucial.

But so is truth and clarity.  And the reality is that racism in our country is real.  Some of us just don’t recognize it because, as Tatum puts it, it:

Cultural racism—the cultural images and messages that affirm the assumed superiority of Whites and the assumed inferiority of people of color—is like smog in the air. Sometimes it is so thick it is visible, other times it is less apparent, but always, day in and day out, we are breathing it in. None of us would introduce ourselves as “smog-breathers” (and most of us don’t want to be described as prejudiced), but if we live in a smoggy place, how can we avoid breathing the air? (Kindle 300-303)

So racism isn’t just “in” the individual – it is embedded into the relational and structural systems of our society.

Tatum begins by defining racism.  From David Wellman, she defines racism as a system of advantage based on race.  Meaning, it’s not just prejudice.  I found this point to be particularly profound.  Because again, racism is not just about how you and I view other people – also the system in which we live.  But also, racism isn’t just about prejudice – it is especially about how these prejudices consistently advantages one race over others.  The most telling example came from an article:  “White Privilege:  Unpacking the Invisible Knapsack.”  The white female author, in the article, rattles off a long list of societal privileges that she has received simple because she is White – privileges she neither asked for nor earned:

Of course she enjoyed greater access to jobs and housing. But she also was able to shop in department stores without being followed by suspicious sales-people and could always find appropriate hair care products and makeup in any drugstore. She could send her child to school confident that the teacher would not discriminate against him on the basis of race. She could also be late for meetings, and talk with her mouth full, fairly confident that these behaviors would not be attributed to the fact that she was White. She could express an opinion in a meeting or in print and not have it labeled the “White” viewpoint. In other words, she was more often than not viewed as an individual, rather than as a member of a racial group. (Kindle  343-348)

Wow.  This immediately drove me to consider all the privileges that I have been unwittingly been afforded because I am male.  Yes, people may have prejudices against me because I am male (he’s such a typical guy) — but the system of our society, on the whole, does not advantage women/disadvantage men on the basis of sexist prejudices, but the opposite — almost every time.

Moreover, I have, for the most part, been unaware of how our society is set up for my advantage as a male (who is also well-educated, heterosexual, able-bodied, middle-class, and of course, stunningly good-looking).  Sexism that benefits me as a male is simply part of the smog-filled-air that I breathe.  Hence, only males can truly be sexist.

And this answers the understandably honest question:  Are only Whites racist?  Because most Whites abhor the image of Klansmen, skinheads, or Archie Bunker.  This question is usually understood as, “Are you saying all Whites are bad people?”  To which she says, of course not.  But she still says, provocatively, that only Whites can be racist.  And the reason goes back to the definition of racism.  Blacks and Latinos and Native Americans and Asians can and are prejudiced (trust me, we are).  But the system of our society does not offer preferential treatment based on those prejudices.  “Despite the current rhetoric about affirmative action and ‘reverse racism,’ every social indicator, from salary to life expectancy, reveals the advantages of being White” (Kindle  338-339).  This is where I plug, once again, comedian Louis CK’s brilliant bit on how he loves being white and even better bit on how great it is for his two White American daughters.  Anyone can be prejudiced.  But only certain prejudices lead to any advantage.  And people of color, instead of Whites, are almost always on the short end of that stick. 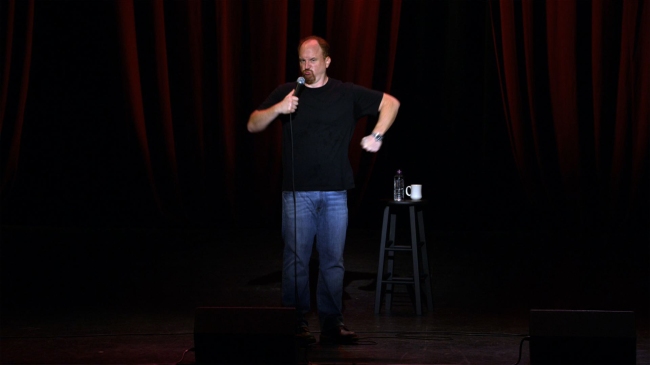 My only quibble with Tatum is that while this is most definitely true nationally and even regionally, I have generally tended to think that our lives are most affected locally.  What is true in one enclave, ghetto, or barrio may not always mirror what’s true nationally.  I’ll just say it:  Blacks won’t do too well in Chinatown.  Latinos might not fair too well in the Hood.  But for the most part, I think her point holds true.  Even where there are areas where the local system consistently disadvantages Whites, it’s hard to imagine that they constitute a majority.  More common are places where Whites, while still comprising the minority, still hold the majority of the power, privilege, and advantage.

In any case, Tatum says this question misses the point.  The point is what will Whites do with racism?  She compares racism with those conveyor belt style walkways at the airport — by default, it moves you forward in a direction towards White advantage (i.e., racism).  So the question isn’t simply are you racist, but will you be actively racist (walk or run forward on the belt), passively racist (just stay on the belt, passively going along with things), or be actively anti-racist (move in the opposite direction)?  While I saw her point about Whites and racism, I found myself wondering where I stood along this continuum.  I think most of us, regardless of color, are just passive, period.  This is not good as a human being.  This is inexcusable as follower of Christ.

Tatum closes with a final distinction between racial identity versus ethnic identity.  Race is a distinction we’ve made up on the basis of physical criteria–usually color; race was also originally created in the service of oppression.  Ethnicity is a distinction based on cultural criteria–e.g., language, customs, food, shared history.  So, for example, our Asian American church (mostly Chinese, but includes Korean, Japanese, Filipino, and Vietnamese, and White) is predominantly mono-racial, but multi-ethnic.  A helpful distinction that I suspect will come up again.  I’m looking forward to the next chapter where she explores the complexity of racial identity.

4 thoughts on “Reflections: Why Are All the Black Kids Sitting Together in the Cafeteria? – Ch.1”